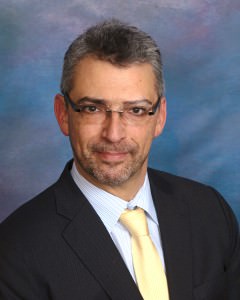 Ariel Cohen, L.L.B., Ph.D. is an internationally renowned expert on energy and security policy, with a particular focus on Russia/Eurasia, Eastern and Central Europe, and the Middle East. Dr. Cohen also has specific expertise in oil and gas mid-stream technologies, including GTL and LNG. Dr. Cohen is the Principal of International Market Analysis Ltd., a Washington, D.C.-based advisory firm specializing in energy, natural resources, political risk and public affairs. The firm’s practice spans many industries, including oil and gas, telecommunications, transportation, and media.

Dr. Cohen has extensive experience consulting for the US Government, Fortune 500 companies and major international law firms. Dr. Cohen serves as the Director of The Center for Energy, Natural Resources and Geopolitics (CENRG) at the Institute for Analysis of Global Security (IAGS). CENRG focuses on the nexus between energy, geopolitics and security, and natural resources and growth. He is also a nonresident Senior Fellow at the Atlantic Council, with the Global Energy Center and the Dinu Patriciu Eurasia Center.

Until 2015, Dr. Cohen was a Senior Research Fellow in Russian and Eurasian Studies and International Energy Policy at the Heritage Foundation. He conducts White House briefings, and regularly lectures at the request of U.S. Government institutions such as the U.S. Department of State, the Joint Chiefs of Staff, the Training and Doctrine and Special Forces Commands of the U.S. Armed Services, the Central Intelligence Agency and the Defense Intelligence Agency. He frequently testifies before committees of the U.S. Congress, including the Senate and House Foreign Relations Committees, the House Armed Services Committee, the House Judiciary Committee and the Helsinki Commission. Dr. Cohen directs high-level conferences on energy, Eurasian security, terrorism, the rule of law, and crime and corruption.

Dr. Cohen served as a Policy Advisor with the National Institute for Public Policy’s Center for Deterrence Analysis in a multi-country, multi-year study. He has also consulted for U.S. AID, The World Bank, the Pentagon, the U.S. Senate, and Radio Liberty-Radio Free Europe.

Dr. Cohen has been involved in journalism since 1981, and has published over 700 articles in the professional and popular media. He appears on CNN, NBC, CBS, FOX, C-SPAN, BBC-TV, Al Jazeera, Sky, and all Russian and Ukrainian national TV networks. He hosts a weekly international affairs radio show Between US at 1330AM in Chicago, and was a commentator on a Voice of America weekly radio and TV show for eight years. He is currently a blogger and contributor to Forbes, the VOA Russian and BBC World services and the Wall Street Journal. Dr. Cohen has written over 150 commentaries for United Press International, was a regular contributor in a column called “The Real World” for the Middle East Times, and has written extensively as a guest columnist for the New York Times, International Herald Tribune, Christian Science Monitor, the Washington Post, The Washington Times, EurasiaNet.org, Tech Central Station, and National Review Online. In Eurasia, Dr. Cohen’s analyses have appeared in Kommersant, Hurriyet, the popular Russian website Ezhenedelny Zhurnal, and many others.

Dr. Cohen has authored six books and monographs and some 30 book chapters. Dr. Cohen’s first book, Russian Imperialism: Development and Crisis, published by Praeger Publishers/Greenwood in 1996 and 1998, is a text often utilized in colleges and universities. His edited and co-authored book, Eurasia in Balance, was published by Ashgate (UK) in 2005. His monograph, Kazakhstan-Russia Energy Relations: Oil, Gas and Beyond was published in 2006 by GMB Publishers (London), and his book, Kazakhstan: The Road to Independence: Energy Policy and the Birth of a Nation was published by the SAIS Johns Hopkins Central Asia Caucasus Institute (2008). The US Army War College published three monographs of Dr. Cohen’s, including The Hour of Truth: The Conflict in Ukraine — Implications for Europe’s Energy Security and the Lessons for the US Army (2015), and Russia’s Counterinsurgency in North Caucasus: Performance and Consequences (2014), and The Russian Military and the Georgian War: Lessons and Implications (2011, with Col. Robert Hamilton). He contributed two book chapters, his “Russia: the Flawed Energy Superpower” and “Energy Security in the Caspian Basin”, to Energy Security for the 21st Century, Gal Luft and Anne Korin, eds, Greenwood, 2009.

Dr. Cohen is a Member of the Council of Foreign Relations and of the American Council on Germany, and serves on the Board of Advisors of the Institute for Analysis of Global Security (IAGS). He holds a Ph.D. and a Masters of Arts, Law and Diplomacy from the Fletcher School of Law and Diplomacy at Tufts University, as well as an L.L.B. from the Bar Ilan University School of Law.