In this monograph, the authors state that Russia planned the war against Georgia in August 2008 aiming for the annexation of Abkhazia, weakening the Saakashvili regime, and prevention of NATO enlargement. According to them, while Russia won the campaign, it also exposed its own military as badly needing reform. The war also demonstrated weaknesses of the NATO and the European Union security systems. 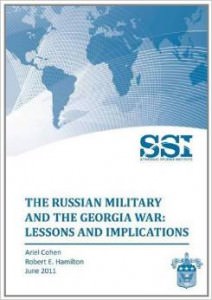